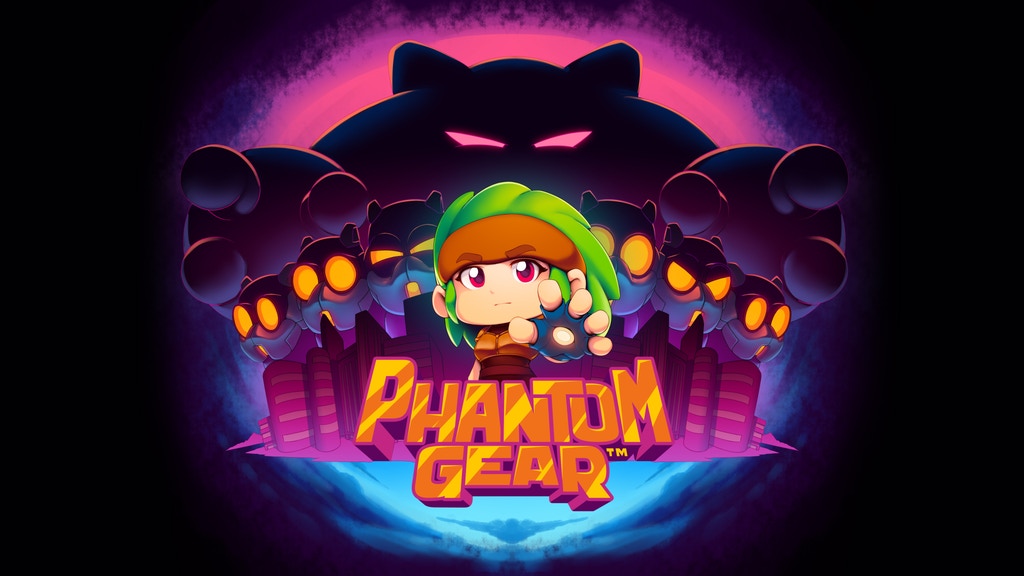 Latest Updates from Our Project:

Time to Flip Out: Cover Version Survey is Here!


You guys may remember our recent update regarding the updated cover and cartridge labels and might be asking yourself: “ How do I get my hands on the new versions?” and “How is it going to work?”.


The new covers will feature double-sides of art for your game case.  Backers can now request the art version of their choice by filling out the following survey: https://forms.gle/VXPGPVzBVEjhNDLD8.


Don’t forget to submit your preference, as those that do not fill out the survey will receive the new style of their original choice! The survey will close in 1 month (Sept 20th), so if you miss your chance just email Nick.m@megacatstudios.com to update your order for you.

Hey everybody, today I'm going to show you some tricks that we implemented in Phantom Gear to deliver visually stunning FXs.

Now we load this asset on plane A and plane B of the console. We use plane A as our main lineout in the animation because it has a higher render priority than plane B and it’s always drawn on top plane B. To create the trail FX we use plane B in a particular way: each frame we place plane B in a different position behind Josephine’s outline on plane A and with a different color:


This creates the illusion of a trail being left by the main outline and we save a lot of ROM space. (If you are curious about the 2 diagonals lines in the background, they are sprites).


In the Under City Cave level, you are going to find some places where lava is going to chase you.

To implement this we needed one of the scroll planes to put the lava, but we hit a little problem: each level uses plane A to display the level layout where you are playing and plane B has a background with parallax scrolling. We needed to replace one plane with the lava and the decision looks easy: use plane B. But plane B is drawn behind plane A and the sprites. How can we put it over everything?


Well, we have a property called high priority that allows each tile of a plane to be drawn over other planes. With this property, we were able to put the lava on plane B over the other planes, but we found a new problem: we were using the high priority on plane A to hide some secrets and when planes A and B have high priority activated, A wins over B.


So our final solution was to put the lava on plane A and move all the tilemap to plane B. We made an easy change to our engine to allow this. Using the DMA (Direct Memory Access) functionally of the Genesis/Mega Drive we were able to easily copy the data of plane A to the address of plane B on VDP’s RAM.

Finally, we want to show you how we solve a complex animation.


We needed to have 3 different scroll planes to give a better sense of depth, but the console only has 2. So, how do we solve it? We use the old trick of using sprites to fake an extra plane:

Another challenge was how to introduce the shop’s UI. In the beginning, we wanted to simulate an extra scroll plane with sprites, but the UI’s size made it impossible. In the end, we put the UI on the same scroll plane that Josephine, but we hide it with a black palette. When everything is in place, we use a simple palette changing animation to reveal the UI and the transition is seamless.


Tune in for another update in the coming weeks!


We've got great reward related updates to share!  First looks at the art for the Phantom Gear Prologue Comic Book are here and they are looking great!


Follow along as we dive into the origins of Phantom Gear and Josephine's backstory. Each page is jam-packed with detail art and dialogue to immerse you further into the Phantom Gear world.

Art for all postcards has been completed along with the poster design. A huge thanks to our friends for bringing their vision of our story to life!

We decided to take a second pass, and tweak the Phantom Gear logo. Alongside some stylistic changes, all the cover art has been updated as well.

Last but certainly not least, we are excited to give you guys a look at the several cartridges labels designs, including the Japanese Alternate version!


That's all we have for now, but we'll be back soon with some juicy game updates!

Hey Everyone! We’ve heard you loud and clear and are super excited to share the latest updates with you.

We are bringing you three new levels to explore, each with its own gimmicks, like the overflowing lava in Level 2 below! There’s also a brand-new level intro animation to look forward to.

With new environments to explore, we couldn’t neglect the call for something a little extra, so we are introducing the new shop: trade your collectables to buy upgrades, power ups and weapons!

Want a sneak peak on future updates? Check out our latest video!

Hello everyone! I hope you're all doing well and staying safe.


I'll jump straight into the updates – there's been some really great progress lately!


As most of you know, this is all in pure Assembly and crafted with care. We have had some amazing feedback from the community, and have been applying it along the way. This type of iteration is hugely valuable for game development, and it's something we have loved participating in. Emails, Discord conversations, and Twitch streams have been invaluable for us! That does mean some serious adjustments and code refactoring. We are through those optimizations, and fully on rails now with the remaining content!


We have some exciting updates to share with you all soon, and can't wait to show you some new art in the next few weeks.